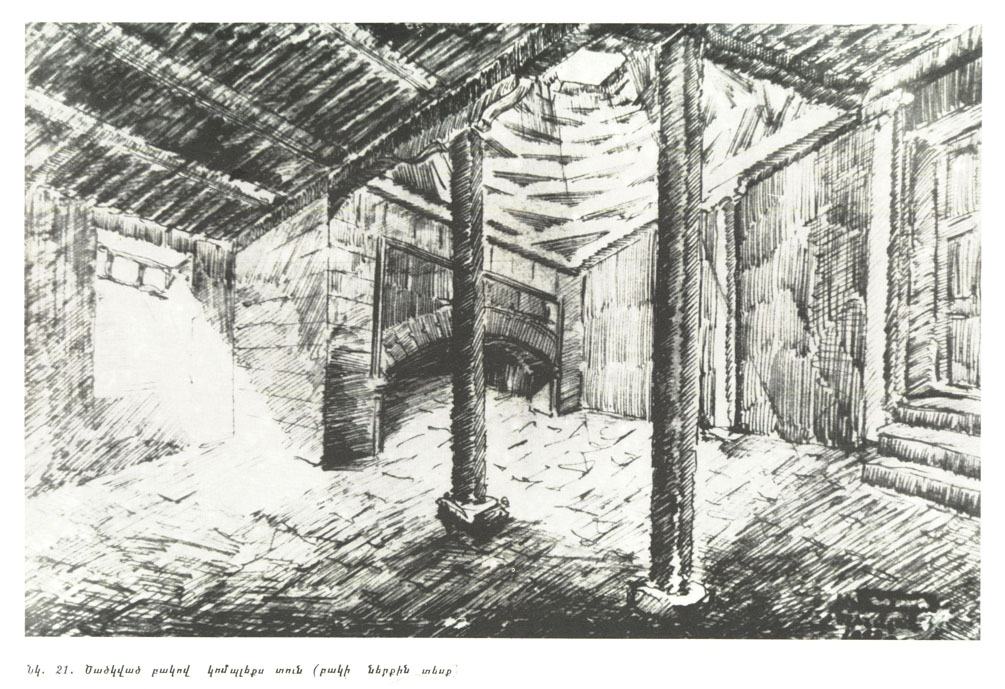 THE URBAN PROFILE OF THE CITY OF XVIII-XIX CENTURIES

“Gyumri city master plan study shows that the formation time of its construction had important factors influencing the studied period of feudal society lifestyle. There was also the influence of the Russian-Turkish and Russian-Persian wars, the ties of the population with agriculture, the development of capitalistic relationships, the crafting and trading profile of the city. The above mentioned factors, as well as the natural conditions together with historical factors established the identity of the city, giving it a unique character.
The establishment of the city of Gyumri, as well as the building of the medieval fortress and the church were characteristic to the manorial society. In 1836 the Russians had wholly destroyed the fortress of Alexandrapol and built another fortress construction instead.
The construction of the fortress of Alexandrapol had a defensive purpose. In order to expand the city round the fortress and concentrate the city population round it the immigrant people had been granted with benefits that promoted the development of the city.
If the fortress and other defensive facilities had been built due to a number of urban development events, the residential districts were built gradually, spontaneously according to locally rooted tradition of the formation and construction of settlements.
The division of districts was dictated first of all by the socioeconomic and ethnic features. Neighborhood as urban finished unit in addition to the formation of residential homes were supplemented by the construction of churches, baths and fountains of drinking water, etc.
The rapid development of the fortress and the growth of crafting and trading relationships in 1850s transformed the Gyumri settlement into a provincial town with regular planning principle.
In spite of the roughness of the town streets (mostly along the east-west streets) one could notice the intercourse between the landscape, river stream and the climate. The observations showed that the residential buildings of Gyumri of XVIII-XIX centuries were designed including a croft with distinguishing feature that proved the possession level of the landowner, particularly the size of the croft and the most suitable configuration of the house sections within.
Combining everyday household needs with comfort and economy, as well as with artistic demands, the individual crofts in some cases gave interesting examples of composite architectural solution. The houses had well-built yards where there was the garden with the well, the pool and the water spring. In all cases, the house within the croft was isolated from the street and neighbors by walls. This is a typical feature of houses in Gyumri different from other residential homes in other regions of Armenia.”

“The study of houses and folk architecture monuments in Gyumri and generalization of the masters’ creative experience, draw to the following conclusions:
1. The heritage of the folk architecture of Gyumri of XVIII-XIX centuries is an immediate constituent of Armenian culture and still remains relatively little explored one.
2. Owing to a number of special factors and special climatic conditions of Gyumri the residential buildings differ from the houses in other regions of Armenia with their typical architectural features.
3. The survey reveals that two main types of residential buildings were common in the town – urban type of houses and rural (village) residential houses together with their options. Rural residential type of houses was underground, later half-underground and then complex of houses with covered yards. In fact, the simple rectangular cell of the underground house having hard way of historical development first transformed into a half-underground and later to a complex of house with covered yard. According to their planning they have a lot in common with cave houses in Van and with the Armenian ancient period houses.
Urban residential houses had been developed based on rural type of single or two-storey houses where the rooms were arranged in single or double lines.
4. The other type of old residential house, the so called head-house (main house) with its wooden cupola had been adapted to local conditions and was changed into the contexture of complex house with covered yard. The residential and ancillary rooms are united in a common volume, concentrated around a covered yard that assisted the mutual relationship with each other.
5. Considering the military significance of Gyumri at the southern borders of Armenia, the Tsar gave the city some privileges that supported the rapid development of urban economy in place. The advanced Russian urban culture of the time had a significant influence on the construction of the town thanks to which previous Gyumri spontaneously transformed to a town with straight streets, a town with reticulate scheme for the city layout (plan).
6. Socio-economic stratification of Gyumri residents also had some influence on the formation and construction issues of the settlement. The town had very colorful image at the ethnographic point of view. It was divided into residential neighborhoods (mahla), where the residents were deployed in commercial, trade, national and other characteristics and with family ties.
7. The lack of construction wood and abundance of natural stone (multicolored tuff) conditioned the use of stone in the construction of large residential and public buildings, which played a decisive role in the formation of the overall image of the city’s architecture.
8. Parallel to the increase of material resources in the second half of the XIX century, there were some changes in the composition of housing, like lines of the rooms and complicating the solution of internal volume and space issues. One and two-story houses are built where first floor was allocated to warehouses, workshops, shops and other purposes, while the second floor served for the residential needs. Bedrooms and living rooms are separated.
9. The crafts trade direction gradually gets predominance in urban economy; the houses gradually acquire new lease of profitability for some sections are rented as a workshops, stores, apartments and so on.
10. The artistic expression of the buildings is seen with its diversity, with emphasized seams of wall series, stalactite carved cornices, sculptured frames, sculptured stone drain cocks, balcony and wooden net stoops details, with proportionate gate openings.
11. Studying planning solutions of residential houses and their constructive peculiarities, the architectural forms and their titles, it turns out that a close relationship exists between Gyumri and Western Armenia folk architecture. The proof of it is the great number of immigration (from Kars, Erzrum, Artahan, etc.) and many of them had settled in Shirak plateau, as well as in neighboring Akhalkalak and Akhaltskha that have similar climate conditions, where one can see similar housing constructions.
Thus: residential houses of folk architecture of Gyumri, as a result of centuries of accumulated experience and talented masters, deserves great attention.” 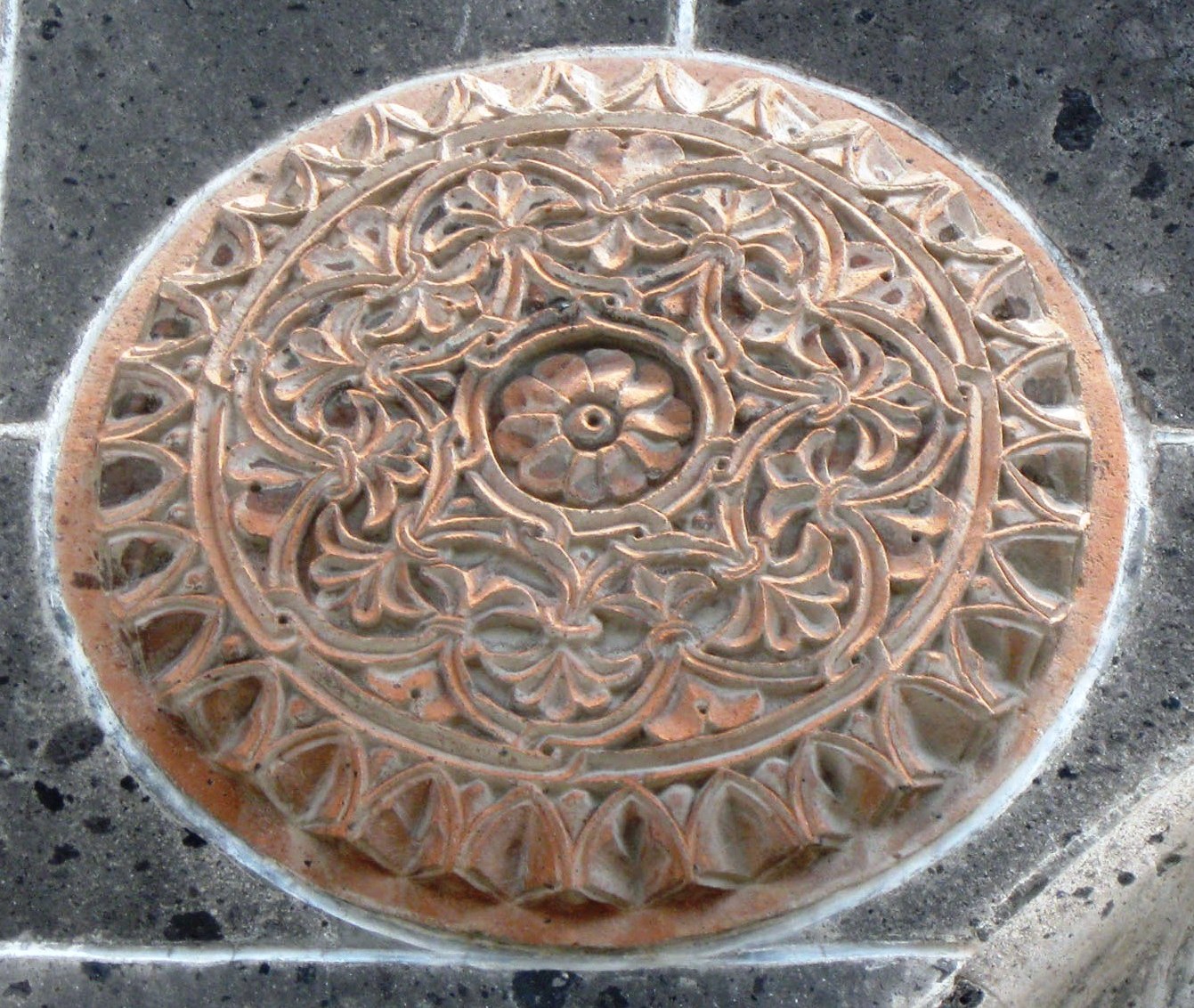